Jed had just celebrated his third birthday, and while most other children his age were embracing this milestone happy and carefree, he was adjusting to a new normal he could not understand and found terrifying.

Diagnosed with Type 1 Diabetes (T1D), Jed had begun a routine of around-the-clock insulin injections and finger pricks. The treatment was saving his life. But the fear he felt with each painful jab led him to develop a severe phobia of needles.

For six weeks Jed’s mum Charmaine tried her best to care for him at home, while feeling devastated at having to hurt him to keep him alive. But his extreme fear and distress made it impossible for her to give him the life-saving insulin injections he needed. With no other option, Jed was admitted to Perth Children’s Hospital, dangerously ill. Even when trained staff were managing his treatment, the struggle continued.

“To give Jed his insulin, we were having to hold him down – myself and another two nurses, and this was every day, three times a day,” remembers his mum Charmaine. “It was just so traumatic for him.” 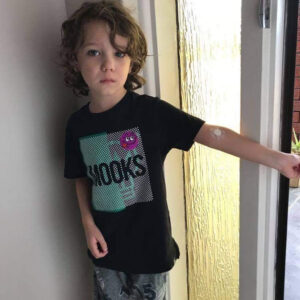 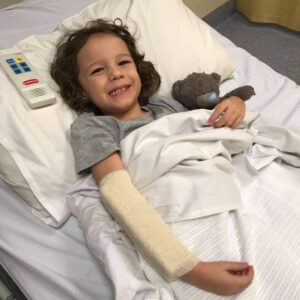 There is no rest from treatment for children like Jed. As one of the most common chronic childhood conditions, T1D requires life-long management.

Traditionally, this has involved regular injections – sometimes as often as every two hours – to replace the insulin the body has stopped producing and regulate their blood glucose levels.

Jed could not leave the hospital when his fear of needles intensified to full-blown panic attacks. So he was urgently put forward for the Donated Insulin Pump Program funded by Perth Children’s Hospital Foundation – supported by our generous donors like you.

“We weren’t in the position to pay for the pump ourselves,” says Jed’s mum. “I don’t know what we would have done without it. We would be lost. Diabetes is the absolute worst disease that you have no idea about unless you have to live it – it’s unrelenting.”

Jed’s insulin pump means he can avoid multiple daily insulin injections. And his family has peace of mind that his pump is delivering exactly the right amount of insulin based on what he eats and when he plays.

Jed, now six-years-old, doesn’t look sick but he still battles this hidden deadly disease every day. He loves Taekwondo, footy and swimming but his now active and happy life depends on life-changing technology like his insulin pump. 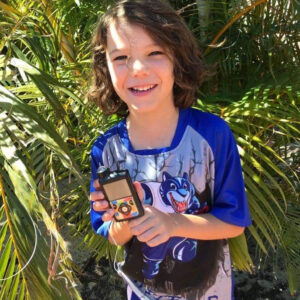 While managing T1D is a 24/7 job, thankfully, advancements in T1D research and technology like insulin pumps are giving Jed and other T1D families the chance to live normal lives.

Your tax-deductible donation to Perth Children’s Hospital Foundation by June 30 will help ensure we can support even more life-changing technology and equipment like insulin pumps so WA sick children like Jed can get well and stay well.