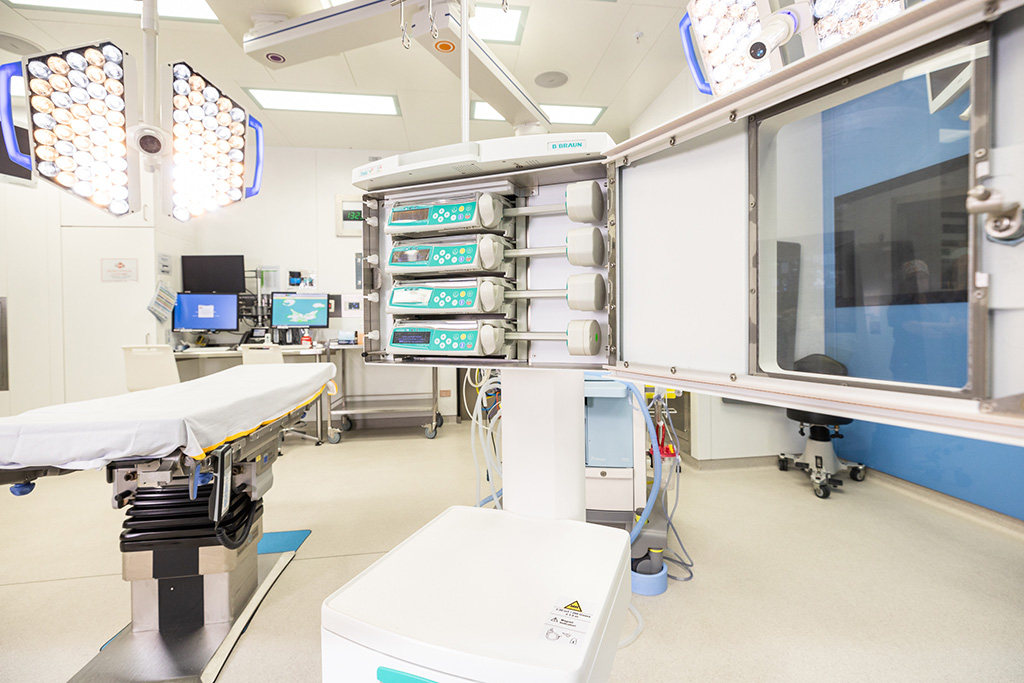 In a first for WA, Perth Children’s Hospital has started performing intraoperative MRI (or iMRI) for children undergoing brain tumour surgery, thanks to the delivery of a Space Infusion Station.

The Space Infusion Station, funded by Perth Children’s Hospital Foundation donors be giving, is a panel of drug pumps set in an insulated box. It is protected from the MRIs magnetic field and is connected by short IV tubing to the child and sits right next to them in the MRI room, all while they are still under anaesthesia.

Brain tumours are the most common solid tumour cause of death in kids in Australia. Tumours are frequently treated using a combination of surgery and follow up chemotherapy or radiation.

Studies have shown that iMRI decreases the amount of cases that need to return to theatre after the initial tumour removal as the surgeons can more accurately see if there are any remnants of tumour left.

When operating to remove brain tumours, a pre-operation MRI is performed and the surgeons pin point places in the head that act like mobile signal towers, enabling them to accurately navigate inside the brain during surgery using satellite technology.

As the tumour is removed, the brain starts slumping down unnaturally; this is called brain shift. The navigation based on the pre-op MRI is no longer accurate and a new MRI is needed to navigate with to get the last of the tumour out. The Space Infusion Station allows them to do this far more quickly and safely.

Ten years ago, patients would have been brought out of anaesthetic after the initial removal of the tumour, scanned the next day, and then returned to surgery if the surgeons believed there was any chance of cancer cells remaining, putting them at higher risk of complications.

Thanks to this life changing equipment, patients like Ridha don’t have to go through this twice.

In WA’s first iMRI case, Ridha underwent surgery to remove a brain tumour that was affecting her sight and causing severe headaches. During the operation, neurosurgeon Dr Sharon Lee was able to use the Space Infusion Station to do an iMRI, where they found more tumour which was able to be removed in the same surgery.

“The last time we went for Ridha’s eye test, it seems her sight is back to normal and now she doesn’t even need glasses,” says Nasreen. Ridha’s Mum “It’s incredible.”

“I cannot thank those who donated to the Foundation enough, these people helped Ridha. You don’t realise how much these things mean until your child is in hospital.”

Ridha will continue to need monitoring and an MRI every six months, but she is already back to her normal, happy life, enjoying school and confidently playing her favourite sport, cricket.

You can help support children like Ridha by making a donation today. Your support will help to fund new advances in technology and provide clinicians access to the best possible equipment available. Better equipment improves diagnosis and treatment outcomes, shortens waiting periods for families and allows for a better standard of paediatric care. To make a donation, click here.